Have a Question or Want a Free Market Report?

Cool Features of the Snake River

If there is a single defining feature of the state of Idaho, it is almost certainly the Snake River. There are few things in the state that are as unique and impressive as such a large and winding river that cuts right through the heart of Idaho. It is well-deserving of its name and so much of Idaho’s culture and civilization is based around the moving of the Snake River. At every point along its length, it is a landmark that will fill you with awe and leave you wanting to explore the entire river. There is a lot going on with the Snake River. Some rivers are barley more than just creeks branching off through the forest and some rivers might as well be giant lakes that are a little bit too big and stagnant. The Snake is neither of those things. There are a hundred points of interest along its length and a thousand things you can do along its shores or in the river itself. In general, there are four features that make up some of the coolest aspects of the Snake River. What follows is a quick rundown on those features so that you can take your best chance to explore the river and have a lot of fun with the journey.

The river itself does not start in Idaho and does not end in Idaho either but it certainly spends the lion’s share of its time in the Gem State. It winds its way all around the Idaho countryside and makes up a lot of Idaho’s borders with its surrounding states. There are points where it lazily pushes along, slowly and steadily reaching out to its endpoint in Southeastern Idaho near Wyoming. There are parts where the water moves so fast that it is just a spray of white and you cannot see anything within its depths. There are stretches of rapids and stretches where the trees and overgrowth hang out over the river like crowds of green creatures looking for their chance to take a drink of the water. There are points where the river balloons out into areas that might as well be lakes and you can take a motorboat out onto the water and drag a tube or pair of water skis behind you. But really, the perfect way to experience the river and float down it is probably on a canoe or kayak. There is no loud engine or blasting air to distract you from the sights and sounds around you and you can just propel yourself along the surface of the water, listening to the wildlife and wilderness that permeates the area around the river.

A lot of the river is marked by canyons that flank each shore and tower up over the flow of water. This is generally just how rivers work and most sizeable rivers that have been around for a while have eroded away a path and made a canyon, but the Snake River’s canyons are a bit more striking than others I have seen across the United States. Where I think it is easiest to see and appreciate the Snake River’s canyons is around Twin Falls, Idaho (As we will see in a moment, this is where a lot of the action of the Snake River takes place). The canyons in this area are generally just gorgeous and you can get down in them to find buildings and golf courses and all kinds of human development in the idyllic setting, but there is something that sets this area apart even more. That would be the enormous Perrine Memorial Bridge which goes over the Snake River and connects Twin Falls to the rest of Idaho. You get a nearly bird’s eye view of the river and the canyons that run along each side and you can see just how full the river is and just how complex the canyons are. This is even a popular base-jumping area as the water is so far below the height of the bridge.

However, there is an even more impressive sight than the canyons of the Snake River near Twin Falls. As you might have guessed, the city of Twin Falls had to get its name from somewhere, and that name at least partially comes from Shoshone Falls which is just a short drive from downtown. Shoshone Falls is one of the biggest and most impressive waterfalls you can find in America, especially in the western regions of the country. A lot of people tend to compare it to Niagara Falls and with good reason. The amount of water flowing over the falls is much less at Shoshone than at Niagara (Though it is still a massive amount of water) but Shoshone Falls are a considerable amount taller than Niagara Falls and the general shape of the falls is very reminiscent of what you will find at Niagara Falls. It is very easy to get caught by all of that water flowing over the edge and stare at it for a very long time, entranced by the image. Any visit to Idaho is not really complete if you do not take at least a few minutes to head down to Twin Falls and have a look at the waterfalls.

The last interesting thing that I am going to mention today about the Snake River (And there are a bunch of other interesting things I am not going to mention because there is just no time) is something that was built by human hands. There are a whole bunch of different dams that have been built along the flow of the Snake River, moving it around and creating pools in the river where they would other not have been. What humanity has done to divert the Snake River and make it work for civilized purposes is nothing short of a marvel of engineering and many of these dams are places you can visit. Not all of them are still in service (Though they all still pretty much block water off) but you can still check out some of humanity’s greatest creations along the Snake River. 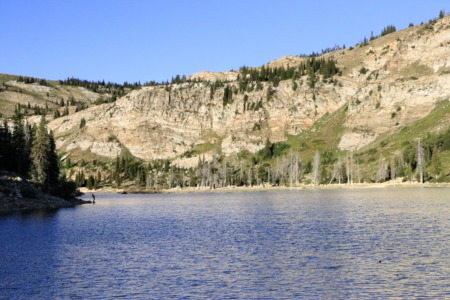 Nestled in the Southernmost portion of the beautiful Sawtooth Mountain Range in the Albion Mountains sits the delightfully scenic Lake Cleveland of ...Read More 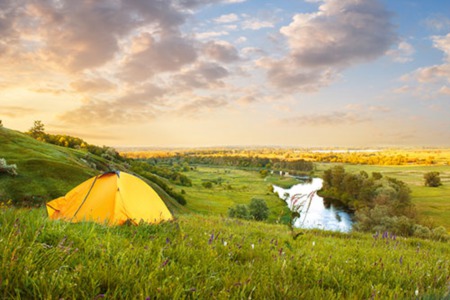 Campgrounds near the Snake River in Southeastern Idaho

The community of Swan Valley is graced with the delightful waters of the beautiful Snake River. Settled alongside ...Read More 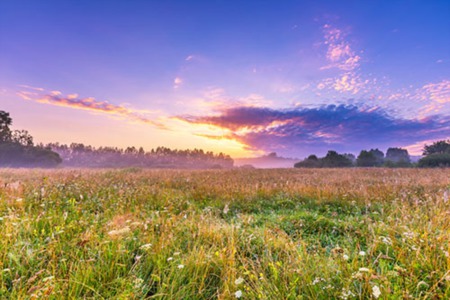 Idaho’s wildlife management areas place a central focus on the conservation of protected areas of which act as an ideal location for use by ...Read More